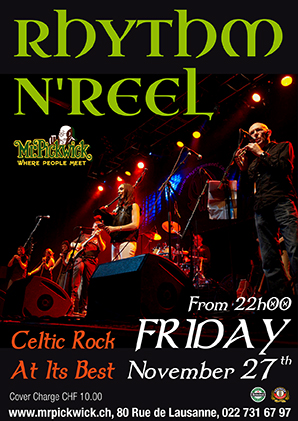 A 6-9 piece Celtic rock/Traditional Scottish & Covers Band based in the Highlands since 1992. The band have a huge following particularly in the North of Scotland, and play a diverse range of gigs and adjusts its set accordingly. Gigs range each year from Music Festivals (Belladrum, Wickerman, Loopallu, B'Fest, Wizard), through to Music Venues, Village Halls, Gala Weeks & Highland Games Dances.

For larger events the band can go up to 9 piece to play with a blistering 3 piece fiddle section.

The Band's 2009 Album 'The Crossing' is still available. "This is an album filled with the energy and drive of a great live band" - Donnie Munro (Donnie Munro Band, Ex Runrig). The follow up album 'Twenty', featuring a collection of original tunes and Celtic Rock/Traditional Scottish Arrangements was released in Sep 2012.