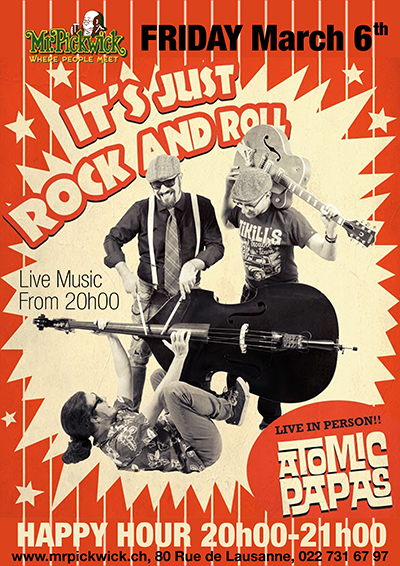 Atomic Papas is a Neo-Rockabilly, Country and Rock and Roll trio coming from Tuscany. The setlist is made by some originals, a cool selection of classics which were released in the golden era of Rockabilly music and some of the middle 80’s revival era; everything played with an aggressive, “Punky” and “Crunchy” Neorockabilly Sound!!