Entry only with certificate of recovery or vaccination 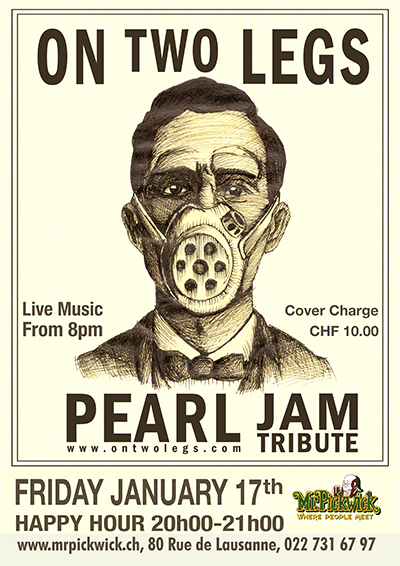 ON TWO LEGS are an Italian tribute to the most important Rock bands of the last 30 years: Pearl Jam.

Formed in Milan in 2007; after some line-up changes, in 2012 they started intensive live activity through Northern Italy and Switzerland, becoming a landmark for Pearl Jam’s fans; (they were invited twice to play at the annual Pearl Jam Tribute Night at  the Borderline Club in Pisa) because of their powerful and intense live sets which accurately reproduce the experience of a Pearl Jam gig.